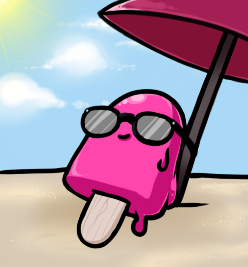 Warmpopsicle
The Moistest of Them All.
Owner

I am very excited to announce that I have finally been able to release the Boss Update to you!

Right now the bosses and rewards are rough around the edges as I continue to work on it and improve it so there will be plenty of changes and tweaks going forward.

For now there are 6 different bosses and each boss has their own difficulty, more bosses will be added at a later date. These are the bosses we currently have:

Each Boss Egg can be crafted. The recipes are a little on the difficult side and are vote gated so you will need to vote for the server in order to get the key item to craft Boss Core. Please see /recipes for the exact recipes.

If there is an issue and push back from players that are not willing to vote but I want to craft Boss Cores I may change the recipes but for now I think this is a good limiting factor and incentive to vote.

The rewards for killing the bosses are as follows and based on highest damage done:

These rewards will be adjusted as time goes on to include actual Boss items unique to each boss.

The Unobtainium items will be used to craft very strong armor, tools, and weapons that will be introduced later to the server. These items will have enchants and effects you can not otherwise get in-game. There will be another announcement once these items are released!

Thank you all for waiting for this release! I know it took WAY longer then expected but I am just super happy I was able to finally get it out and I do hope you all enjoy this new feature!